Cheeks of beef in red wine sauce with parmentier 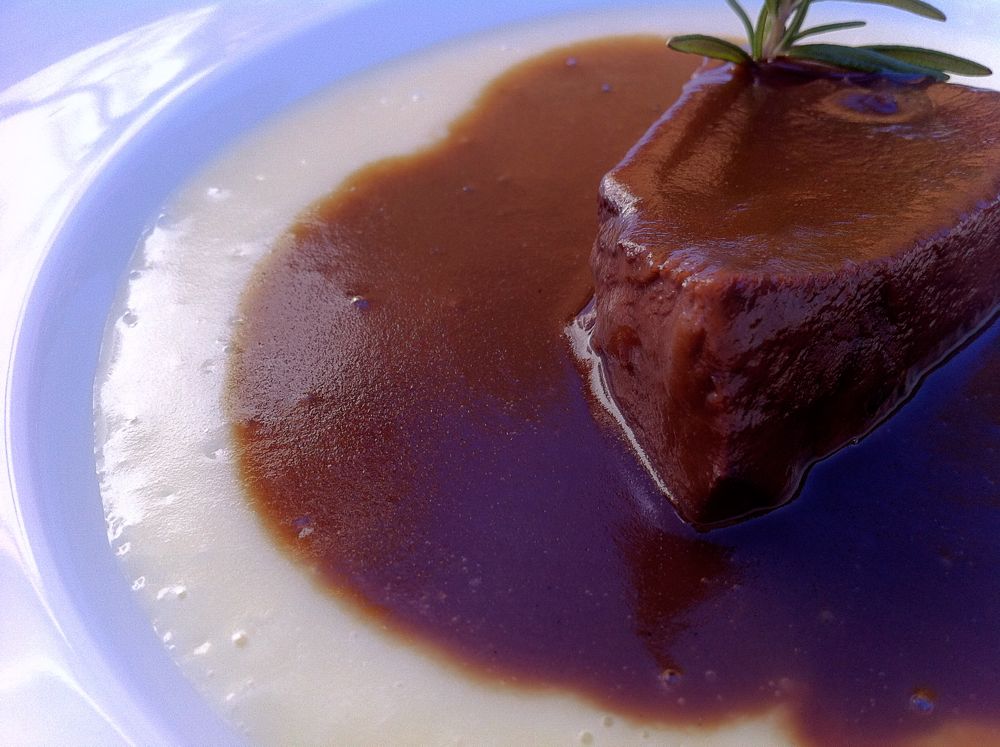 This is one of my favorite beef dish. I just love winters dishes, slow cooking meats, stews, braised meats etc. .. The cheeks of beef, when cooked properly, are particular tender, juicy and with some gelatinous and creamy nerves that melts in your mouth. Cooking time varies depending on the size, from an hour and a half to two or three hours. The cheeks are the muscles from the jaws. A cheap cut but so rich in flavor, of 100% beef. It's a very popular dish in Spain called "carrillada" . It's also great simply boiled and makes fantastic broth!

Salt and pepper the cheek and seal them by marking them in a frying pan from both sides with 4 tablespoons of olive oil. When well browned, add them to the pot with cold water ( as much as for making a broth ), an onion, a leek and two carrots. Cook until tender. Help yourself with a toothpick to understand the cooking. When it will go trough easly, its ready. Put them aside and reduce the broth until half . In the meantime, take the remaining onions and slice finely. Take a pot with a good bottom and caramelized until they turn to brown color. To caramelize the onions, put two tablespoons of olive oil and leave the onions for a while ( aprox.30 min ) stirring every now and than, giving them time to attach ( not burn) at the bottom and so caramelize. Add 1 tablespoon sugar at the end the  red wine. Reduce the wine almost completely. Add the broth, two pieces of bread to help thicken the sauce and let evaporate a third part of the liquid. Turn off and blend it all for a couple of minutes. Pour everything into the pot and bring to boil with a little butter and the cheeks. Check the season and cook for another 10 minutes. Serve with Parmentier. If The cheeks are cooked to perfection, you can just eat the whole thing with a spoon!. You probably have spare sauce, so keep it for any roast. For the parmentier, peel and cut the potatoes into chunks and bring them to boil with plenty of water and the leek cutted into large pieces. When cooked, drain and bland together the potato and leeks with one tablespoon of grated Parmesan cheese, a tablespoon of cream, salt and a bit of its cooking water. 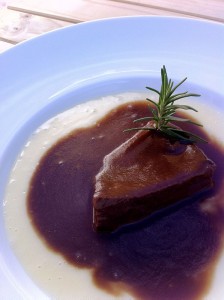