“Patatas Bravas” a classic tapas and the secrets for the perfect fried potatoes!

I do not remember seeing one tapas bar that does not serve the classic potatos called "bravas". It consists of a simple fried potatoes usually served with a spicy sauce and often with a second sauce made with garlic called "ajoaceite" or "aioli".
Sick of seeing them always in the same way, I did my own version. A rustic tapas served in a rustic way, ...... in a flower pot!.
The potato cut into wedges and skin on. A natural sauce, without ketchup and with the addition of red peppers (probably the most used vegetables in Spain!). 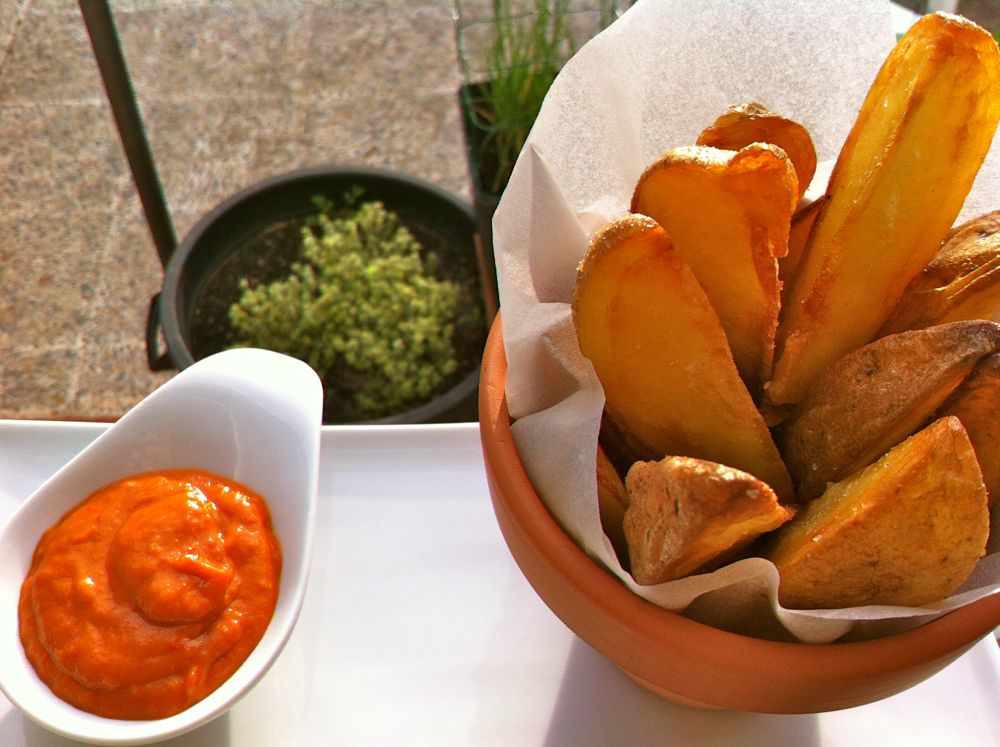 The secret for a good fryed potatoes? The type of potato, the double cooking and a good oil.

For the type of potato: preferably with yellow pulp, hard and with low water content.The quantity of starch is not crucial, however once cut, best leave in cold water for at least 10 min. to get rid of the excess starch.

For the use of oil there are two schools of thought: extra vergin olive oil or peanut oil

The extra virgin olive oil is definitely the healthiest being cold pressed without the use of solvents, but its flavor is strong and often intrusive. That peanut is not so healthy but the flavor is certainly more delicate and with a higher smoke point. Every oil has its maximum temperature (smoke point) that it can reach before becoming cancerous.

Cooking: To get crispy potatoes you must fry them twice.

The first is at low temperature to cook inside (aprox. 100 degrees), thats means low heat for about 5-7 minutes depending on the size.

The second on high heat to form a crispy crust. After the first fry, let them  rest on a tray or out of the oil for at least ten minutes before immersing the second time at high temperature (180 degrees).

The sauce ” brava”: sautè the onions, and peppers ( roughly cut ) until they turn a bit brown. Add the whole garlic without the skin, the chilly,the paprika “pimienton” (possibly the smoked one) and then 400 gr. of chopped tomatoes or a can of plum tomatoes. Follows the white vinegar and the sugar. Cook like a tomato sauce, actually a bit more thick. About 30 min ..

Blend everything with a robot and put it back on the fire for a couple of minutes to remove the air that came in from blending. Remove the air will bring the sauce to its original color without that opaque effect created from the emulsion. Also removing the air will extend the life of the sauce. Than more air / oxygen, than more rapid it speeds up the process of fermentation and oxidation. I recommend this step for all the cream and sauces. 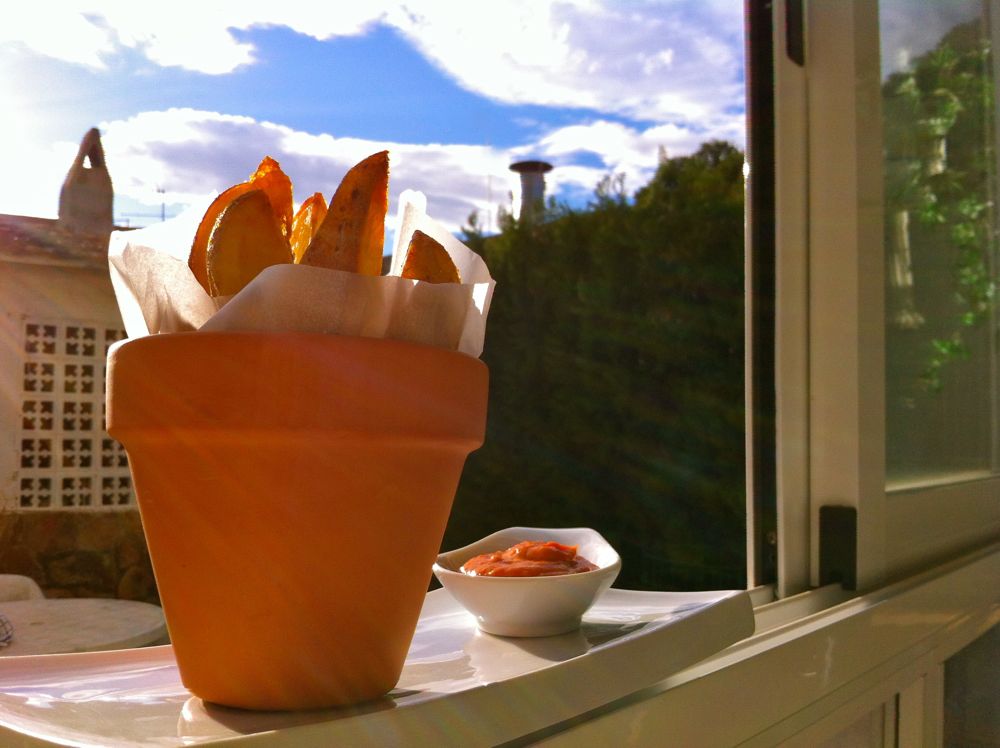 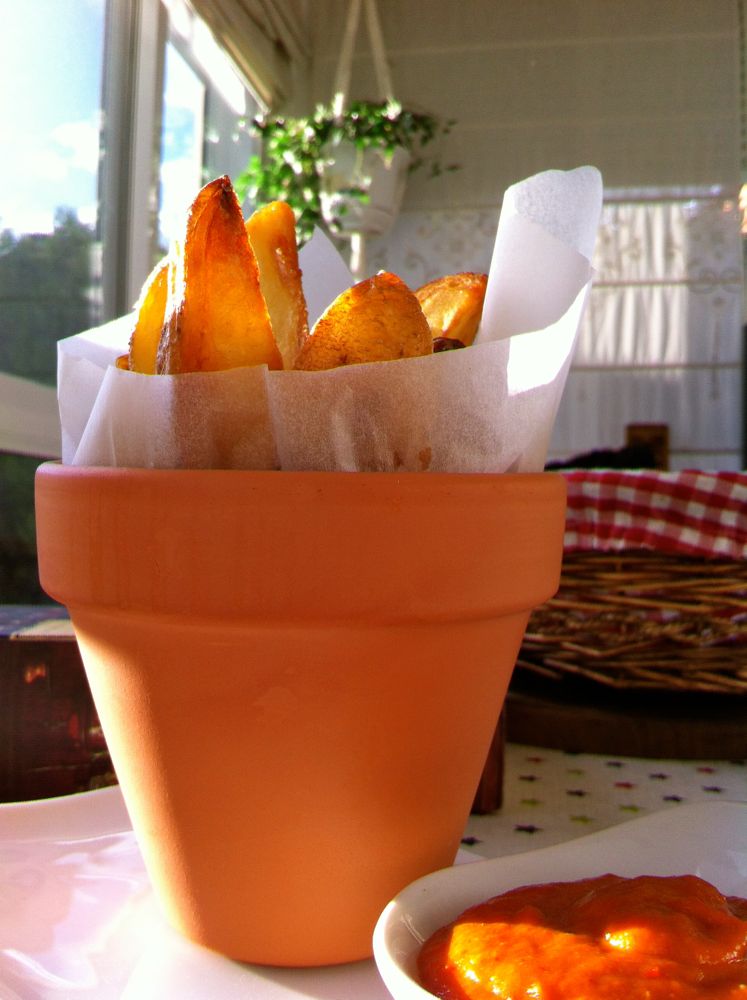