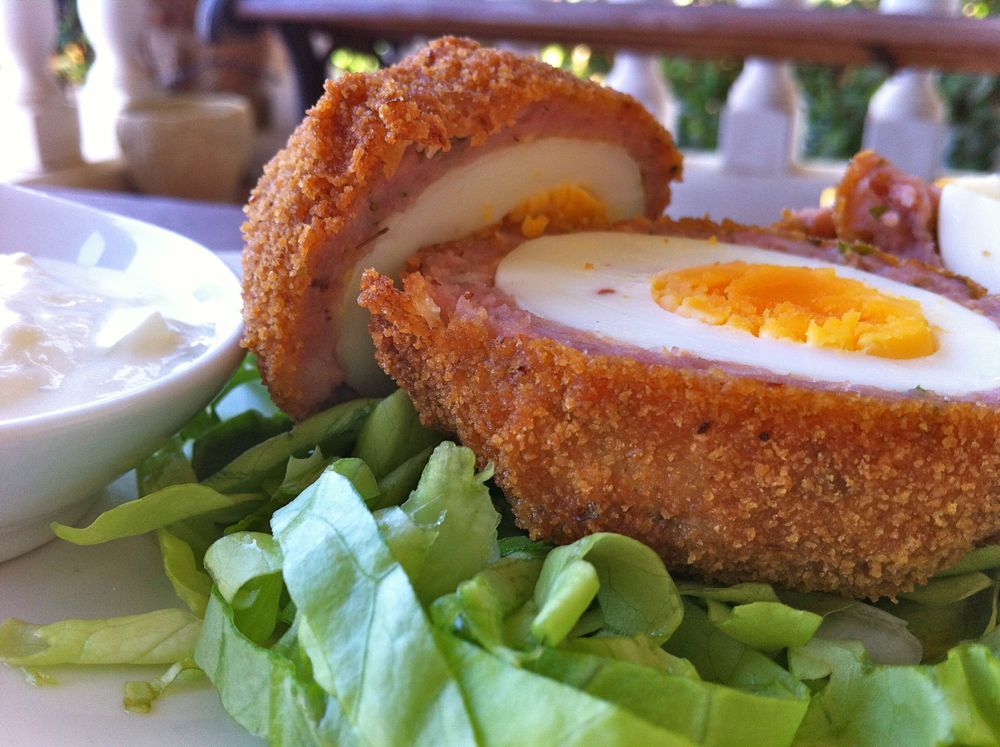 A very english snack, even if the name does not really apply. A picnic or pub food's dish although originally it was served with mashed potatoes and gravy. I admit, I stole this recipe from a book by Gordon Ramsay dedicated to pub food. I modified the recipe slightly and I combined it with the Greek tzatziki sauce instead of the HP sauce as i thought that this fried bomb needed something more refreshing. 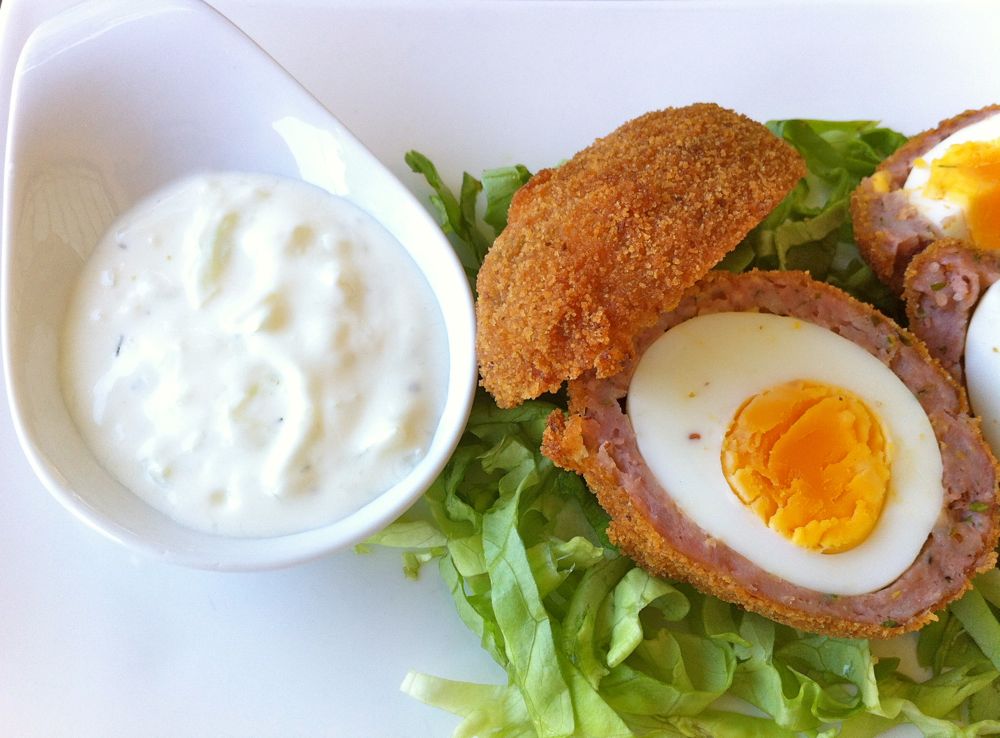 Bring a saucepan of water to boil, immerse the eggs and calculated exactly eight minutes. Turn off and put the pan under cold running water  to stop the cooking. Meanwhile prepare the tzatziki sauce by grating half a cucumber in a bowl. Add the greek yogurt, a pinch of salt, a tablespoon of extra virgin olive oil, half spoon of white vinegar and a pinch of dill or mint. Mix everything and leave in the fridge.   In a bowl pull out the meat from the sausages and season with chopped parsley, worcester suace, black pepper, mustard or crushed mustard seeds and a pinch of salt. Mix well and form 4 balls. Roll out each on a square of transparent film forming a layer about half an inch high. Shell the eggs and wrap them with the meat .Throw the plastic wrap and massage until they are evenly covered with meat. for breading follow this order : flour, egg and breadcrumbs. Fry in vegetable oil until a brownish color. Serve on a bed of salad with the tzatziki sauce on the side. 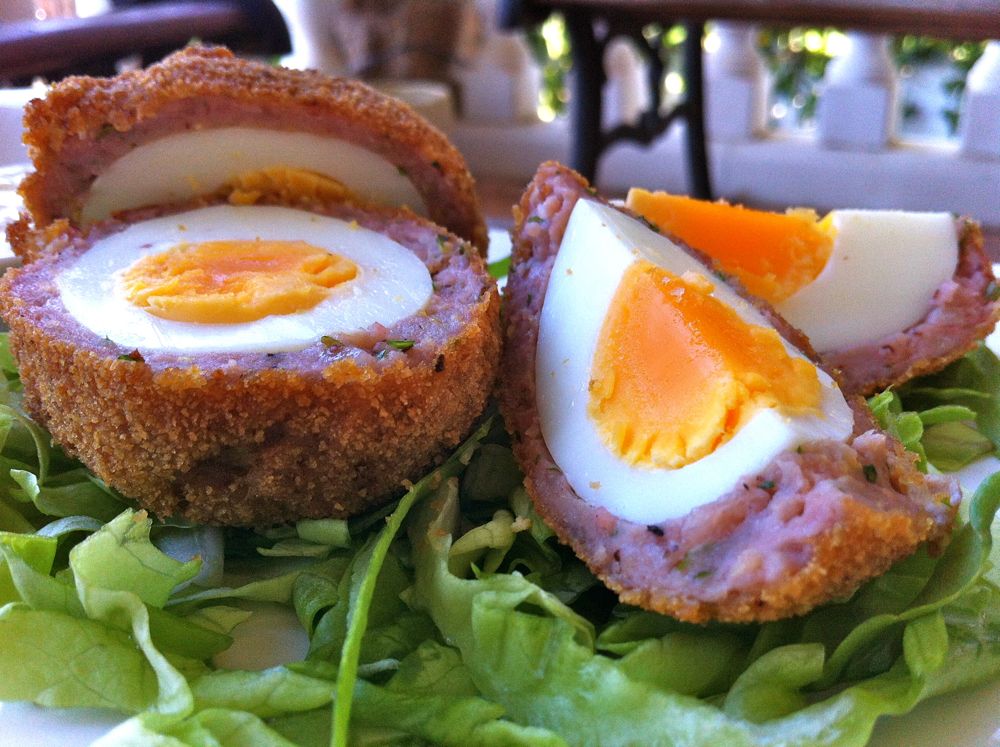 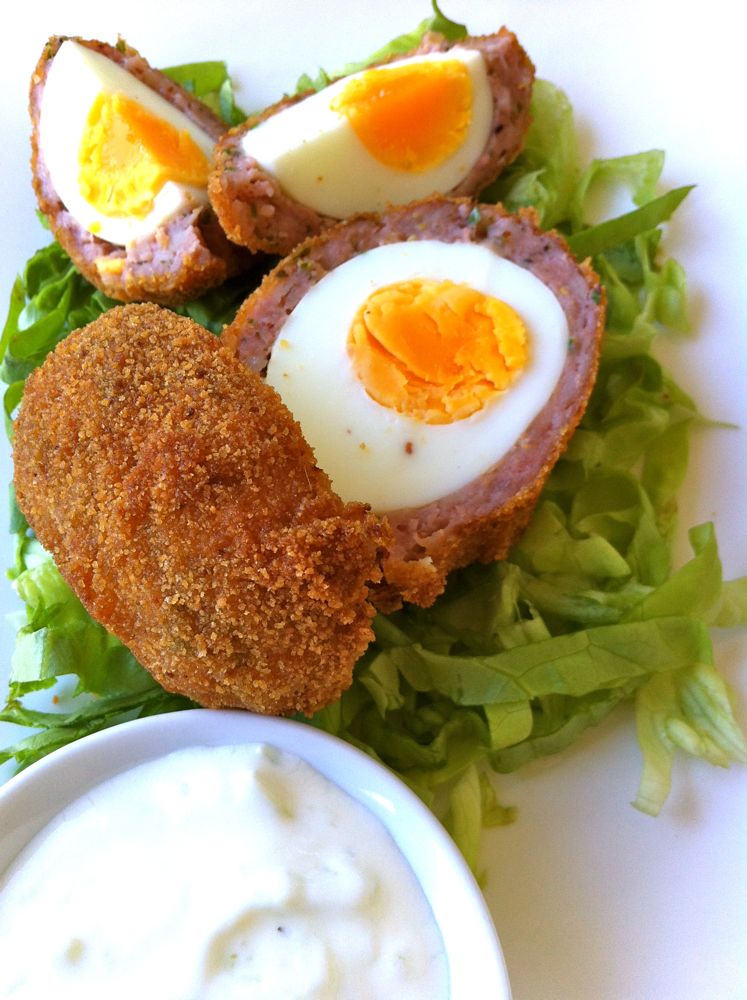